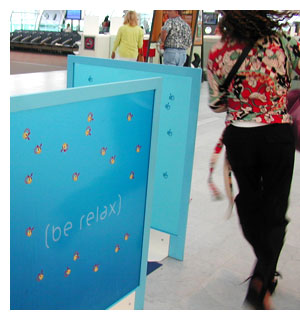 UMBRIA, Italy. — Omg. Where did the time go? Oh well, that’s alright because we are heading back to Italy and have tickets in hand that will get us to Umbria in October. But we’re not even caught up on stories from the last trip! Don’t ask. It has been wild. Ok, since you asked yes we did buy an old house here in the states and the brain scans show we may be quite totally insane. Stuff happens. It was getting waaay to easy around here, living in the same finished home for the last multi, multi years. That is another story entirely but that’s our excuse and we’re sticking with it.

But here’s the thing to remember about taking trips and taking trip notes. Keep the note book in your hand or in your carryon. Violently resist the siren call of the back of the seat pocket ahead of you. See, here’s the deal: that seat pocket generally stays with the plane. Lost a note book two trips ago and royally put me off my feed being mad at myself.

FREE. LEG ROOM.
But on the other hand. That seat pocket can conceivably be your friend. Now this may not be a big break through for you. But it was for me so I pass it on to you. In fact, it may be blindingly obvious to you, but it took me many millions of miles to tumble to it. The villain here is not the seat pocket but the in flight “magazine”. Toss it. Toss it now. There. Isn’t that better? Put it in the overhead, under your neighbor’s seat, on the drink cart when the sky waitresses aren’ looking, anywhere. Just not right there at knee level.

On my last flight, an Air France flight, the magazine, cleverly named “Magazine” was over 3/8 of an inch thick. No big thing you say? Well, they say God is in the details and here is a detail: The seat ahead of you has some flex. But not the magazine. When its lumber hard 8×10 inch mass was stuffed in the pocket of the seat ahead of me and the big guy in the seat was in full laydown position, my knees were killing me. And that was five minutes into a 6 hour flight. As soon as I had dumped Le Magazine I felt like I had been upgraded. And don’t forget the Duty Free magazines. They are not a magazines, just bad news for your knees. Get them all the heck out of there and stretch out a bit.

This next trip we are going to Italy via London because our daughter and travel correspondent is going to grad school at Central Saint Martins. So, we’ll visit the Wiley Traveler there for a couple days on the way over. Very wiley of her to be so relatively close to Italy. Good choice, Wiley.

Next up, having solved the air travel issues we take on the Italian rail system.