Renault Twizy or Piaggio Ape? In an Piaggio Ape, you can bring both your friend AND the groceries home from the CO-OP. 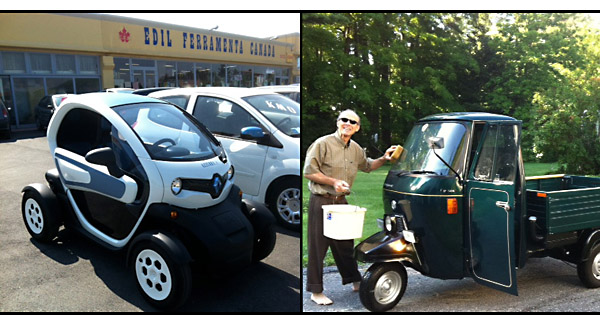 4 thoughts on “The new French Twizy vs the classic Italian Ape.A couple of European flyweights go head to head.”