Later this month I head up to Lugano- a lovely Swiss resort town on Lake Lugano, (near Lake Como) in the Italian speaking part of Switzerland. I am going for the 50th reunion of The American School in Switzerland, which I attended my freshman year of high school. School’s 50th. Not mine! 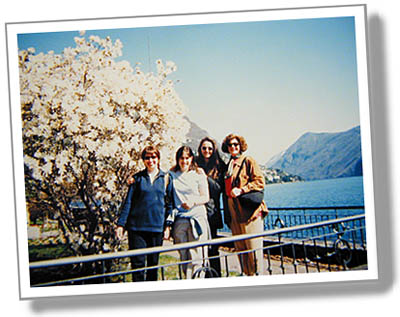 Let me tell you that was an adventure in and of its self- from Bulgarian roommates to palomino ponies, black bulls and pink flamingos in the Camargue, Carnival in Venice, to performances of Guys and Dolls and Grand Fetes, to having friends and classmates from Turkey, Kazakhstan, Mexico, Uganda, Japan, Sweden etc. It was a culture shock to be sure, but one of the most amazing shocks you could ask for. And certainly a turning point in my life- if you are allowed to have one at 15.

So now, 7 years later comes the school’s 50th reunion. And I am so excited- Daniel is meeting me in Zurich after his own whirlwind of traveling, he is going to the Champion’s League Final in Paris the day before- GO Arsenal ! But I’ve convinced him that TASIS and Lugano are worth mild jetlag and a couple of flight-filled days- and it’s true this reunion should be amazing! Non vedo l’ora.

THE LAND OF CARBS

However, I am currently in Italy-the land of carbs; pastas and pizza, bread, bread salad, bread soup, 4 course meals (at least), plus Stefania’s desserts at Mossolinos and cappuccinos at Aldo’s, not to mention that gelato season is well and truly here! Whew! And while that is all well and good- and one of Italy’s greatest charms- if not the greatest- I am heading to a place where last they saw me I was 15- I just checked in the mirror- and for better or for worse I’m not 15 anymore- and by the way-what is up with that?! 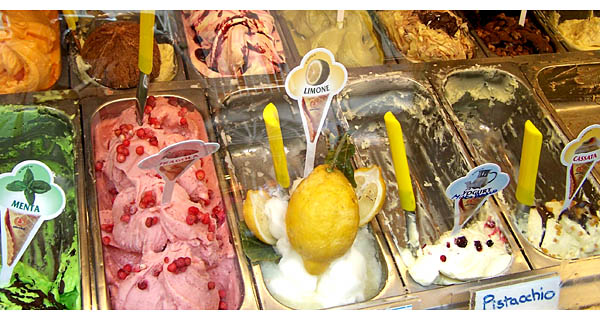 So here I am, in Carb Land with big- bad, delicious, hard-to-resist, hard- to-eat-in-moderation waist-thickeners all around. And Slimfast not to be found on any shelf of any store- and I really cant do Atkins- Agaaaaaaiiiiii . . . So, now what . . .

Well this is also The Land of Fresh Produce, right? Ok I can work with that- tomatoes, onions, mushrooms, zucchini, lettuce, spinach — check! And the supermarket also has some great seafood as we’re on Lago Trasimeno- so I grab some mussels and some shrimp. Couldn’t find any chicken fillets (absolutely anywhere)- so I bought a whole roast chicken. Now they don’t have Slimfast but they do have Wasa crackers- thank god for Wasa crackers- they are my carb outlet at the moment. And lets see forgot the eggplant (or Mellenzane- which is a word that strangely makes me smile every time I say it- so it’s got to be good!). Throw in apples, Probiotic drinks, and lovely dark Perugina chocolate- for those moments when tiramisu wont stop calling and I need chocolate- NOW! And I have to say with my cupboards loaded with bag o’soups and the fireplace filled with sacks of oranges I have been doing all right.

My dinners have actually been exceptional. On the first night of my cooking light experiment I took vegetable soup from a bag (yes I can cook, but man, these soups are so good- and there are so many different kinds- they’ve ruined me) popped in some hot peppers, mussels and shrimp and presto- I had an amazingly delicious meal that lasted till lunch the next day. Top it off with grilled apples natural yoghurt, and local honey for dessert. — Yup, I was pretty pleased with my self, cheating the system and loving it! 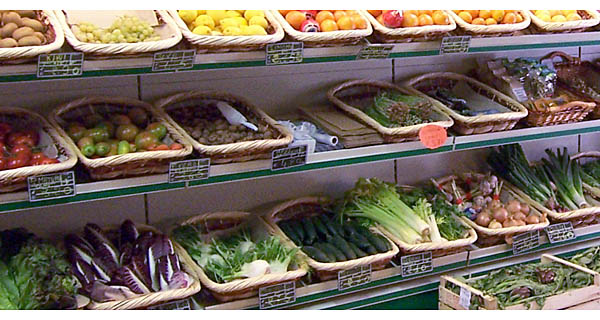 The next night, a salad of romaine lettuce, topped with warmed mushrooms, onions, peppers, chicken, garlic balsamic vinegar and mustard. The kitchen smelled gorgeous and I was so full I only had enough room for a Prune yoghurt- yes Prune, bought it by mistake, but I’m telling you I will buy it again. Yay for supermarket surprises- the biggest surprise is it is hard to go wrong- it’s all good even if you don’t quite know what it is.

Then last night I made one of my Mother’s specialties, Eggplant parmigian ( we make it without breadcrumbs) and with homemade tomato sauce, fresh ricotta and mozzarella . . . Mmmm-whaah! Bellisimo. Would Lasagna have been better- NO! c’mon carbs get with the program- it’s Spring veggies are out and you are so last Winter.

Even today, driving in Parrano, there were so many cars parked along the side of a deserted road- ‘Ah,’ said Katia knowingly ‘they’re looking for asparigi’. Vegetables are even dictating weekend activities! Although, I must admit, I do do bad in the mornings- Aldo has a special breakfast for me Kiwi and Strawberries topped with yoghurt gelato- and how can I resist that! Ok . . . and a handful of Cappuccinos with sugar- if no ones looking. And I do keep driving past Pellicanos, dreaming of their pizza-to-go, and how easy it would be to order one and sneak it home and none would be the wiser. BUT, I have two weeks to lose 7 years- and although I doubt that’ll happen I at least want to eat well enough now, so that I can enjoy the Prosecco and pizzas in Lugano.

Now, I don’t have a scale- but my favorite linen trousers are looking pretty good- probably due in large part to the running around for Seeyouinitaly- and the miles of stairs in our house.

OUR OWN WISTERIA LANE ?

And our garden is great for a tan- even late into the evening, catching the sun’s last few rays as it falls pink behind the hills . . y’know now that I think of it- this is actually SPA ITALY- and I think I’m gonna go sit in the sunshine and eat my spinach salad under the Wisteria and Roses and wait for my masseuse to arrive- wait where is my masseuse?!- You mean a facial doesn’t come with this garden! Oh well, I guess I can live with it- if I have to:)!

See you in Italy! And in Italian speaking Switzerland!